I know I’ve been saying it a little too much lately but Newark, NJ is currently going through a renaissance! New housing is being developed all over and new businesses are popping up left and right!

I know people are thinking it:  gentrification.

But no, I don’t think so.  From what I’ve been seeing the rich cultural differences of the citizens are still very much present. In my neighborhood I have very diverse neighbors and encounter all different kinds of people just by walking around the corner. When I board the Path train in the morning and return in the evening, the train car is always diverse. I think the black community is leading the cultural artistic waive. Do I even need to mention the Rutgers campus? It is one of the most diverse campuses in the entire US! (I need a fact check here… that was when I attended like 10 years ago). So no, I don’t think gentrification is the culprit here. From what I can tell by chit chatting with locals  Newark’s rebirth might just be because the residents are sick and tired of the bad rap we’ve been getting. There are so many beautiful, artistic, intelligent and amazing people here. It’s not all gangs and drug addicts.

Is there crime? Of course. What city doesn’t have crime? But most of the bad things you hear about Newark are from people that don’t live here, haven’t been here in ages, and heard a horror story about a friend’s cousin’s boyfriend’s mom who was car-jacked in the 70’s.

No, you won’t be mugged . No, we won’t be mean to you. Yes, there are great restaurants/bars. Yes, you’ll be safe going to a sports event or concert.

Seriously. What do you think this is? The Wild Wild West?? Calm down. Gun fire and brawls aren’t breaking out at the local saloons. Sure, there are fairly unsafe neighborhoods. Don’t go taking a walk around 3:00 a.m. in those parts. But then again, don’t go taking a walk anywhere at that time.

Wholefoods market (633 Broad Street) opened on Wednesday, March 1, 2017. Its opening is monumentally symbolic of Newark’s growth! Has the organic giant ever opened in a neighborhood it did not believe to be up-and-coming? Besides that, the area was in desperate need of a market. I visited on opening day with real-life friend and blogger Fashionessa, also a Newark resident and believer.

Here are my thoughts.

Wow, Everyone is so happy.

[Thank you @hippiee_lovee for the help!]

The staff, locals, shoppers from out of town, and other bloggers (obvious because of the DSLR cameras around their necks) were all smiling from ear to ear. The market was beautiful, the produce was fresh, and the buffet was hot!

I was immediately drawn to the flowers, as I always am. Staff was there from the beginning willing to help you with the plastic bags to wrap your blooms in. 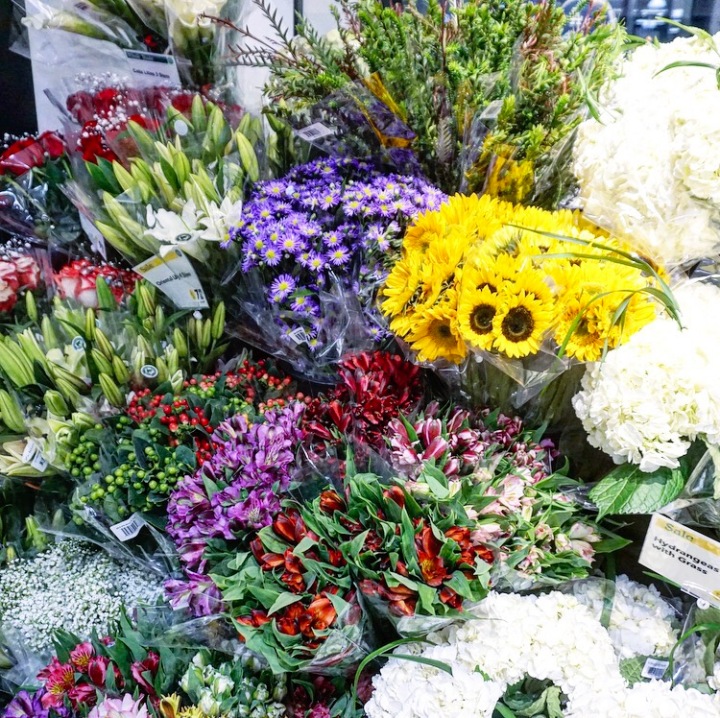 After the very hard decision not to buy them all (although there were great sales), We did some actual grocery shopping. Organic (which Wholefoods is best known for) fruits and vegetables somehow seem more vivid and juicy than other produce (don’t quote me, It could just be the rose-colored glasses I haven’t taken off). 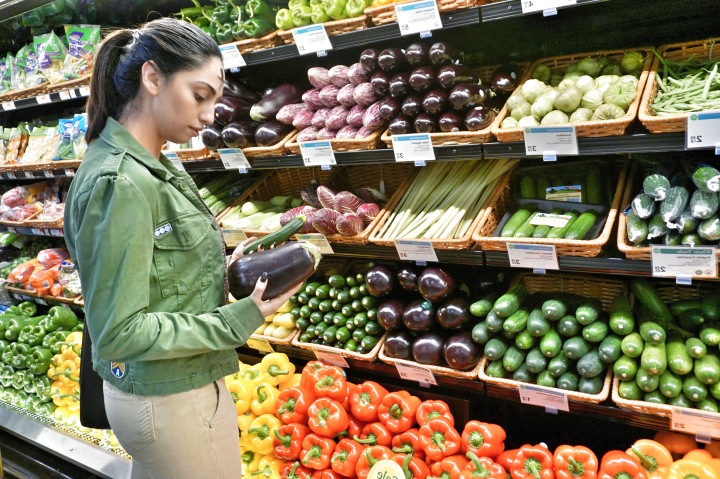 Yes, that is me sizing things up.

The market is pretty much customary to all other whole foods.

You can say I was going nuts. 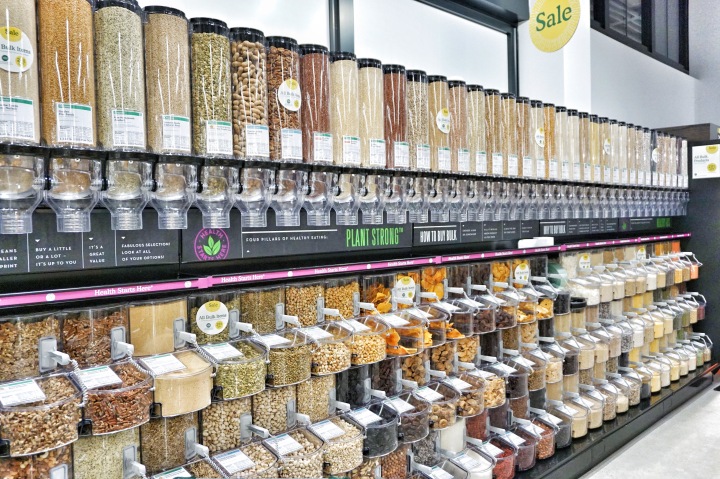 All of these choice make for a pretty sweet selection.

[cocohantas92 was sweet enough to let me post her photo]

I swear I’m done with the corny puns now.
There are so many food choices it can maybe even be slightly overwhelming. But it has to be heaven at lunch time if you’re one of the many businesses in the area. 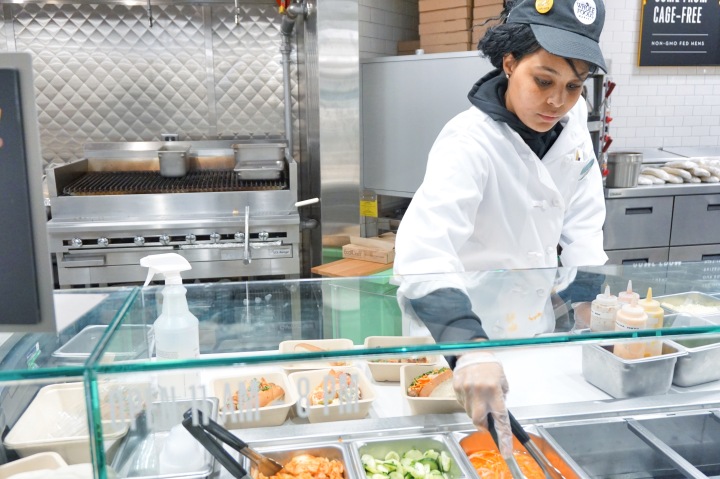 So whether or not you’re looking to move downtown, definitely pay Wholefood a visit, conveniently located on the first floor of the new Hahne Building. I was lucky enough to find street parking, but was told by my super friendly cashier that they do validate parking as long as you spend over $10  and don’t stay over 90 minutes.

By the way, I need to confess something here. Although I did buy some fruit, flowers, and a few other things… there is really one ONE thing I was super excited for:

I’m pretty sure this was the preferred drink of the gods.

I’m very excited for Newark. It has come such a long way, and still has so much more to offer. I wish I could look into the future so I can already write I told you so! Congratulations Newark! Keep it up. I cannot wait to see what comes up next to show you all. 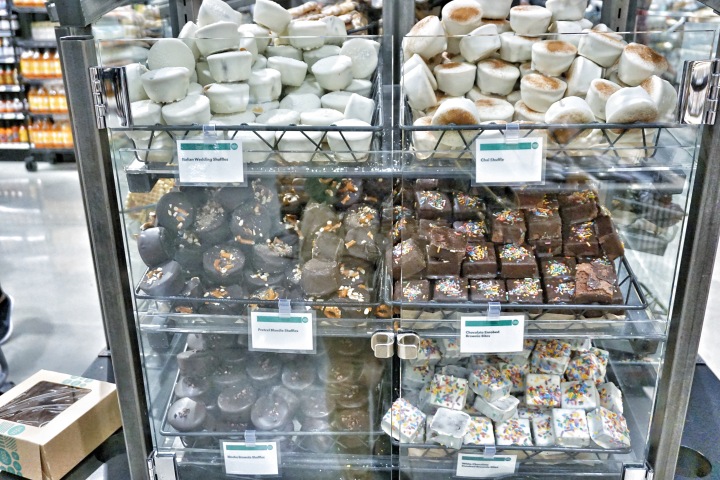 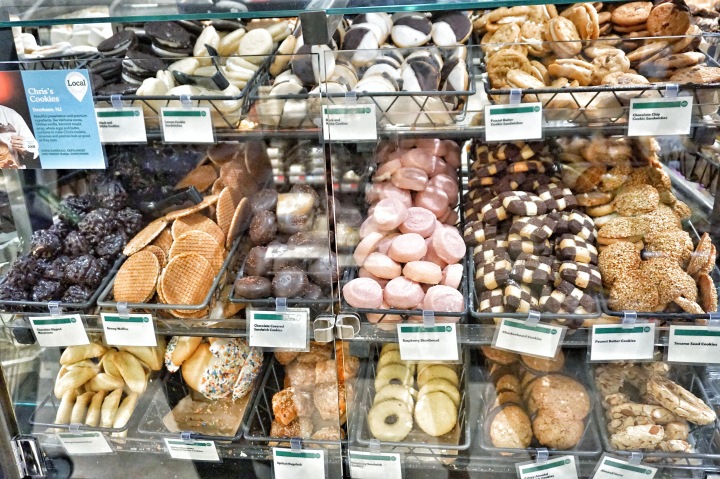 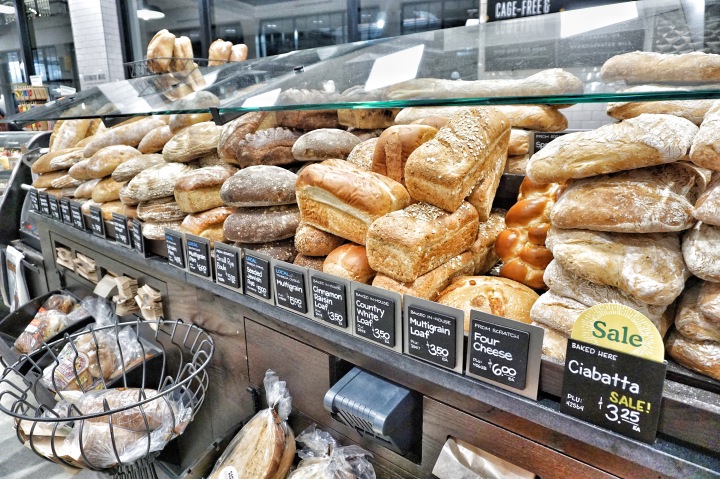 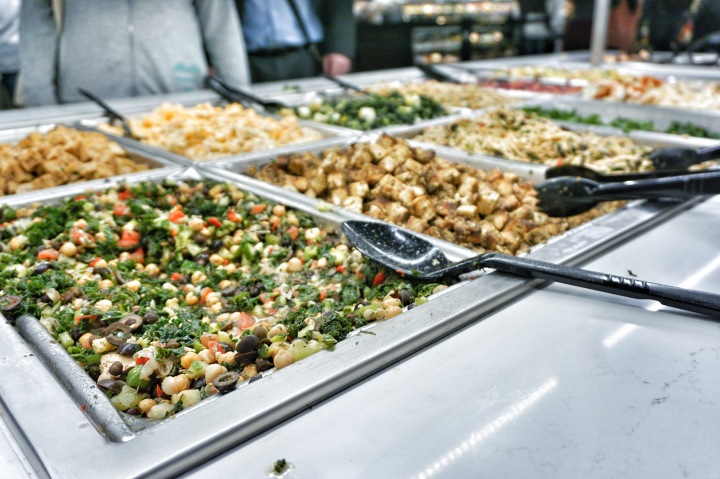 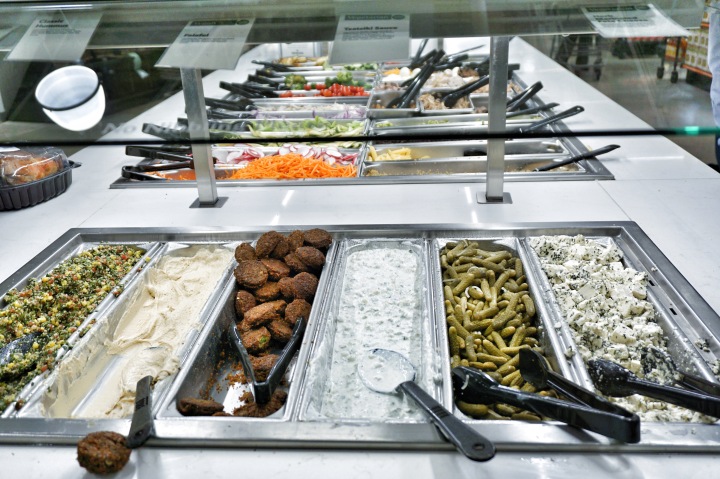 If you think falafel is awful, then we can’t be friends.

Life under the thinking tree

ADVENTURES IN THE EVERYDAY

BY GRACE THROUGH FAITH

Fashion, Beauty, and Food from a Chicago Girl's point of view.

For the bold and expressive girl.